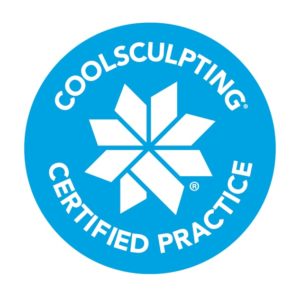 What is a CoolSculpting?

CoolSculpting® fat reduction treatment is the only FDA-cleared procedure to use controlled cooling to safely target and eliminate fat.

What are the benefits of a CoolSculpting?

CoolSculpting is a non-surgical and non-invasive way to permanently eliminate unwanted fat.

Am I a good candidate for a CoolSculpting?

It is also important to note that the results of your CoolSculpting treatment can be jeopardized if you gain a significant amount of weight after your procedure. Maintaining a consistent diet and exercise routine after your procedure is incredibly beneficial for results and general health.

How is a CoolSculpting work?

Fat cells freeze at higher temperatures than surrounding tissues. CoolSculpting technology safely delivers controlled cooling to target the fat cells under the skin. In the weeks and months following the procedure, the treated fat cells then die and your body naturally processes and eliminates the cells. Once the treated fat cells are gone, they’re gone for good.

During your visit, a cooling device is placed on the treatment area. As you may expect, the CoolSculpting procedure will feel a little chilly. For the first 5 to 10 minutes, you may feel intense cold as the treated area becomes numb. Since most applicators use a vacuum to draw fatty tissue in, you may also feel some tugging, pulling, and/or mild pinching.

Typical side effects after the procedure include temporary numbness, redness, swelling, bruising, firmness, tingling, stinging, and pain. For a few hours after the applicator is removed, many patients do experience redness in the treated area. In rare cases, this redness may persist for a few days, up to 2 weeks, but it will completely resolve itself.

There is no scarring after a CoolSculpting treatment as there are no incisions.

Will insurance cover my CoolSculpting?

No, as CoolSculpting is considered a cosmetic procedure.

Click here to view CoolSculpting Before and After photos.

Why should I have a CoolSculpting performed at Samra Plastic Surgery?

At Samra Plastic Surgery, we are highly skilled when it comes to body-contouring procedures like a CoolSculpting. We have provided numerous people in the Monmouth, Middlesex and Union County areas with outstanding results. We will work with you on a CoolSculpting treatment plan that’s tailored to your body and your goals.

Contact us to set up a personal or virtual consultation today.